On 29th May 2019, Cuisine on Cue, in conjunction with QUT Venue Collection and Directors of the Extraordinary, hosted the ‘Elevate Your Events’ networking evening.

The event was a huge success, and VIP guests, industry experts and influential members of Brisbane’s food and event planning community were all treated to an evening of quality catering, entertainment and the best views Brisbane has to offer.

Directors of the Extraordinary – Hosts 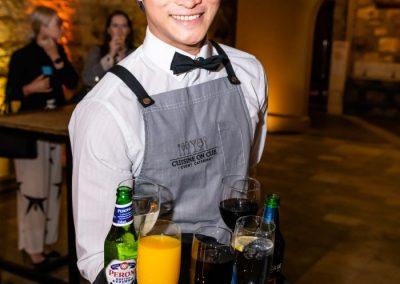 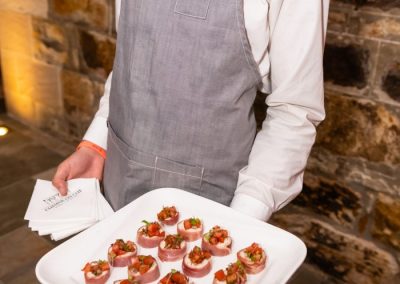 Guests were welcomed into the first stage of the evening, hosted in Old Government House Courtyard. The sandstone walls of the venue were lit with bright multicoloured spotlights thanks to lighting partner, Twisted Pair Productions. 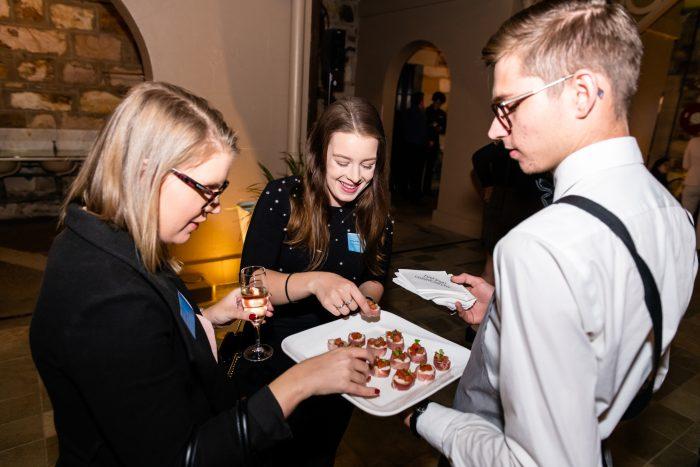 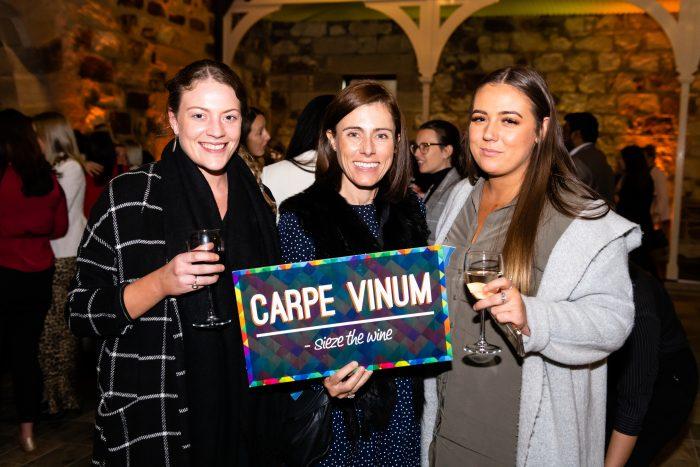 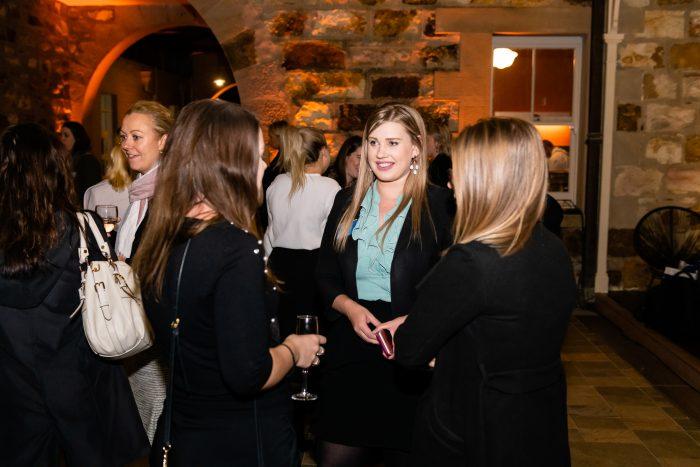 Following the roaming canapes and welcome drinks, guests were invited to the second stage of the evening, held inside Old Government House. Inside, Cuisine on Cue provided guests with more savory canapes, and a dedicated spritz cart serving fresh Aperol spritz cocktails.

Once guests had settled in, Directors of the Extraordinary held competitive wine and gin tasting events in each of the two rooms. These events involved blind tastings of each liquor, followed by questions asking the guests to describe everything from the texture, taste, smell and weight of the liquor. These games were a great way to break the ice between guests and encourage networking. 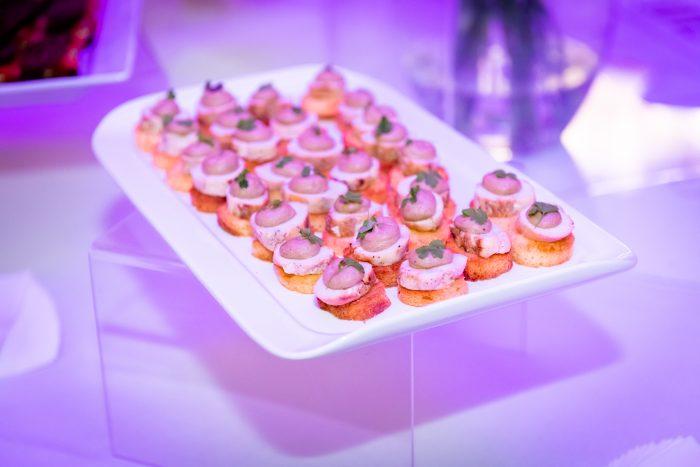 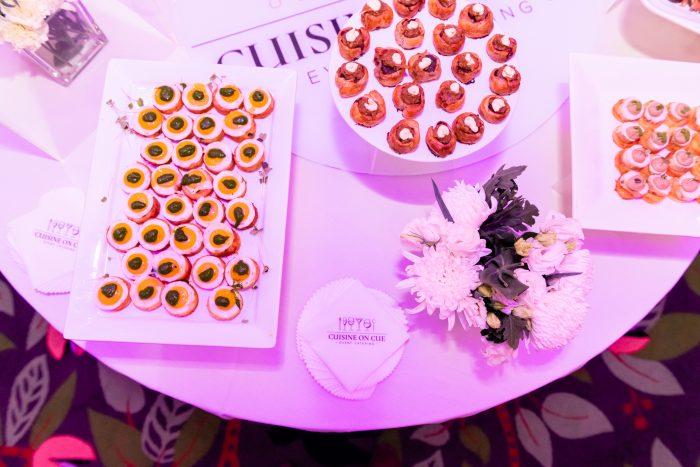 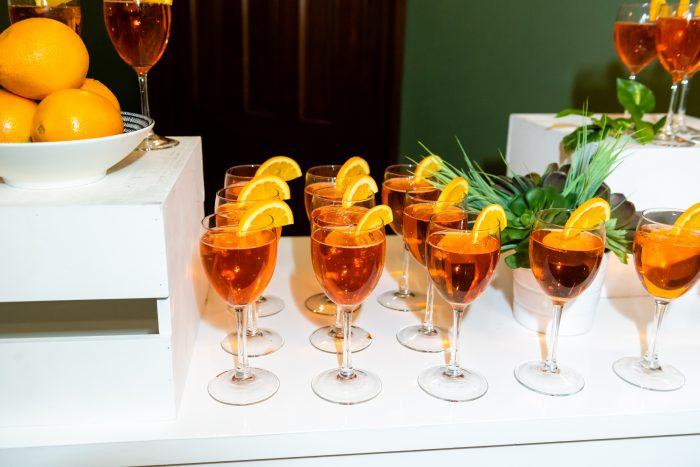 After enjoying the networking games, savory canapes and spritz stations, guests were ushered up to Room Three Sixty for the final stage of the evening. Upon arrival at Room Three Sixty, guests were given a bag full of casino chips which allowed them to play the ‘Casino Royale’ themed networking games that Directors of the Extraordinary had prepared for the final stage of the evening.

Room Three Sixty was styled by Cuisine on Cue for the Casino Royale theme, with stations set-up around the room offering various casino-style games. The styling team at Cuisine on Cue really showcased their creative styling talents, with the venue oozing vintage luxury, complete with a multi-level dessert table in the centre of the room, ink-gin cocktails and live music from Brian Richards music.

The Casino Royale networking games were a great way for guests to interact with one another and to further network after the initial icebreakers in Old Government House.

Later in the evening, guests enjoyed the opportunity to win prizes by cashing in their casino chips in exchange for entries into the prize draw. The stage was set in the middle of Room Three Sixty, with the stunning views from the floor to ceiling windows forming a beautiful backdrop for the evening. 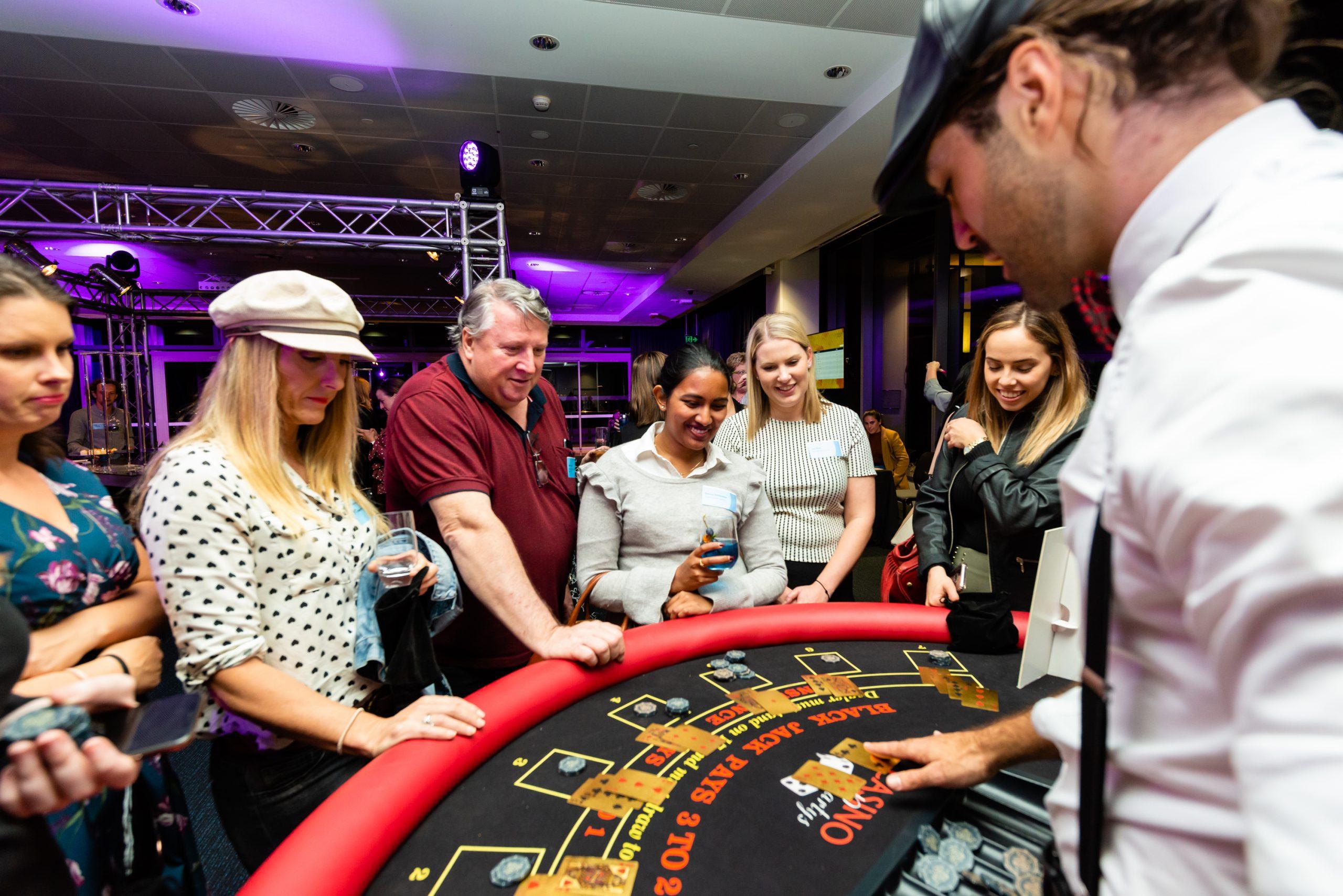 If you would like to impress your guests and host your own party at Room Three Sixty or Old Government House, please contact us and a member of our team will be in touch.

No comments to show.